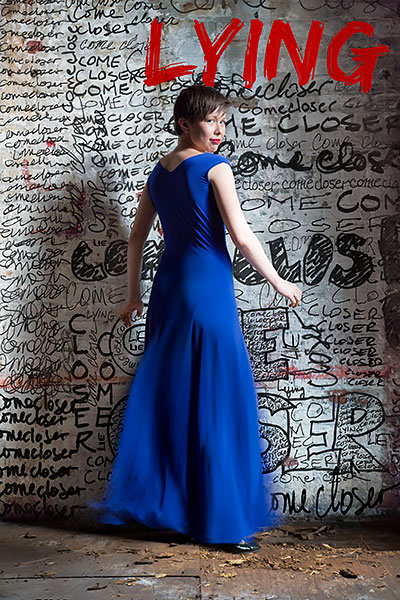 “Lying is an actor’s tour de force…. The work of Blessed Unrest is always intelligent, exciting, and experimental, yet always well rehearsed so that the results are highly polished and professional. With Lying, the company can take pride in adding another solid work to its repertoire.” 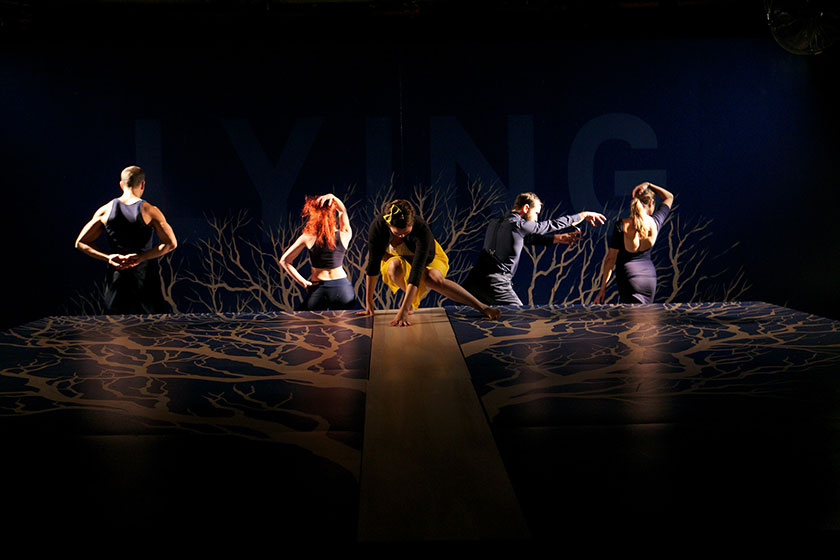 “To borrow a line straight from the play, Lying is ‘so juicy you have to wear a bib.’

“See Lying and surrender…. I’m not even sure several viewings would allow you to fully unravel the rich multi-sensory tableau that director and choreographer Jessica Burr has constructed for your consideration. But you’ll sure have a great time trying.” 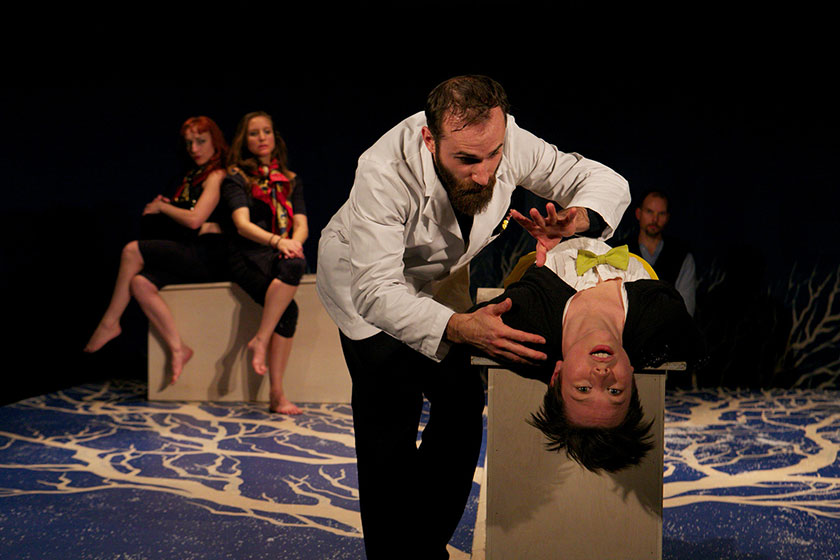 “…delightful staging…intelligent adaptation…the quietly charismatic Jessica Ranville (as Lauren) plays her part with such naturalism, such lovely sincerity and simplicity, that she captivates. One can’t look away from her or this lovely production.” 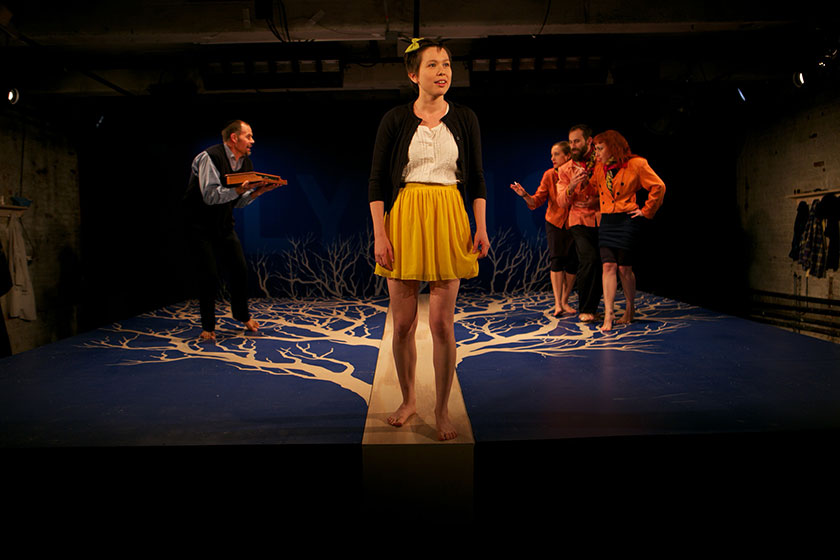 “Jessica Burr is a fascinating director: endlessly inventive, visually exciting. She is an innovator when it comes to combining music and choreography, and the results can be transformative.

“If Lauren’s truth as well as her journey is mercurial, Burr can go meta-crazy: she can break the fourth wall at will; she can tease as much humor and fun out of the script without sacrificing poignancy…. In short, she has a lot of room, and knows how to use every inch.” 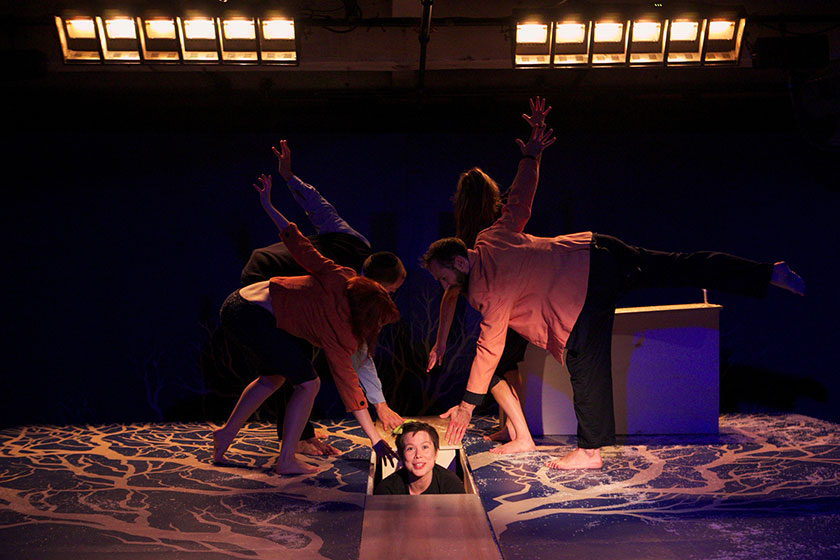 “This one of a kind production, focusing on a deceitful protagonist, features powerful performances and surreal staging.

“The production is surprisingly hilarious…. Ranville, along with the cast, gives an amazing performance that covers the gamut from raw emotions to intentionally exaggerated bravado to the comedic. Charise Greene, Rich Brown, Sonia Villani, and Nathan Richard Wagner are all chameleon-like in their ability to become the many different characters encompassed within the production (all under the skillful guidance of Jessica Burr).” 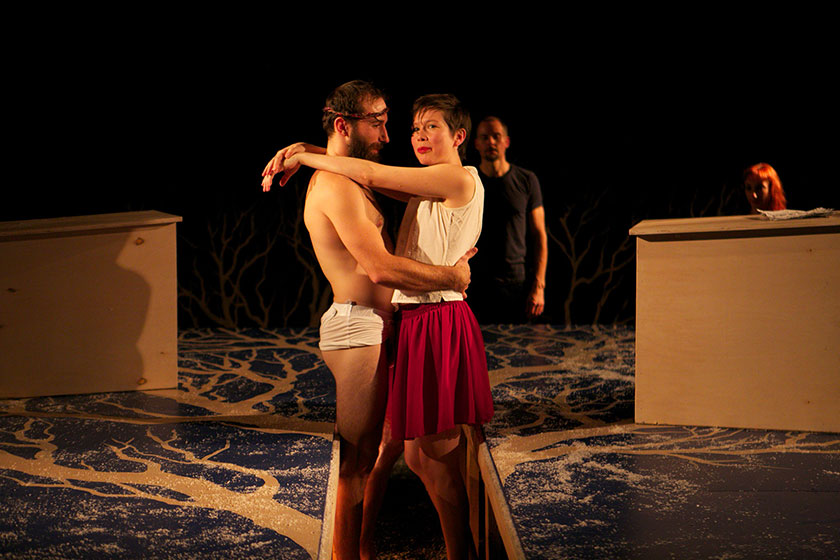 “Electrifying…. A beautiful journey through a beautiful mind…. A wild ride.” 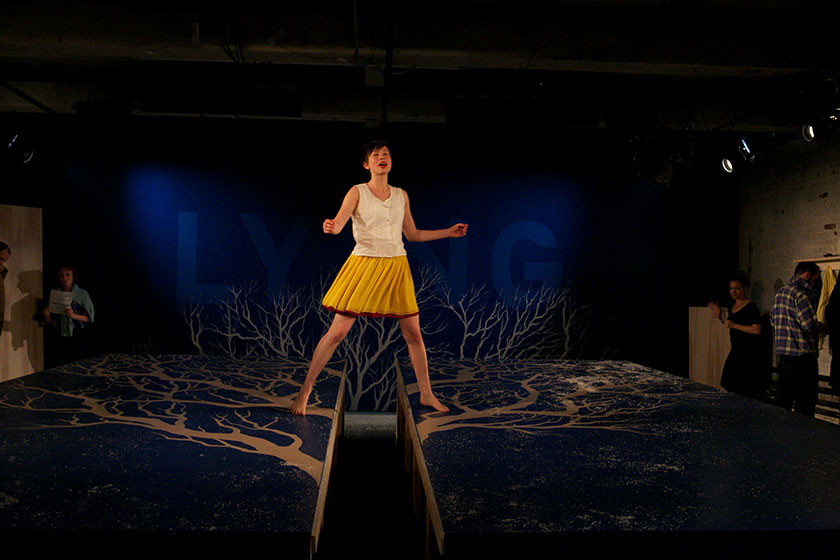 Lauren is passionately dedicated to the truth, which for her is not the same thing as fact. In Blessed Unrest’s original adaptation of Lauren Slater’s electrifying memoir, we meet her three-headed mother, an obsession-inducing neurosurgeon, a slow-dancing messiah, and one very famous lover. To tell us her tale, Lauren releases her grip on reality, moving past the literal to dig into the deeper, juicier truth that lies beneath.

Lauren Slater is a psychologist and writer whose books include Prozac Diary, Welcome To My Country, and Opening Skinner’s Box. She has received numerous awards and is a frequent contributor to The New York Times Magazine, Harper’s, and The Moth. Her mesmerizing novel exposes the power of metaphor in relating a life, and openly questions the reliability of memoir itself by exploring the slippery nature of memory and the trickiness of the mind in perceiving reality. 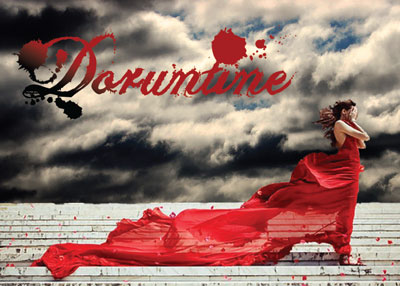 A marriage that spurns tradition, an impossible journey on horseback, a brother who defies the grave. Inspired by the Albanian legend, Doruntine is a mythical tale of family loyalty, forbidden love and the power of a promise that can never be broken.

Blessed Unrest of New York and Teatri ODA of Prishtina, Kosova have been collaborating since 2005, creating and performing original, bilingual plays in New York and on several tours through the Balkan nations of Kosova, Macedonia, and Albania. In 2008 we realized the first ever US/Kosovar theatre collaboration in the US with our acclaimed production of Doruntine, followed by a sold out Balkan tour in 2009. This spring, back by popular demand, Doruntine returns to New York.

Teatri ODA was founded shortly after the Balkan Wars as the only independent arts organization in the country, exerting the power of the arts in building a democratic and open society. They perform extensively across Europe and average 180 events and 50,000 visitors annually in Prishtina.

America’s relationship with the Balkans focuses on military and financial aid, yet we know little about each other culturally. Kosova is one of the newest nations on the planet, and their Albanian language and culture is among the oldest. This form of collaboration, creating original bilingual theatre, is utterly unique. We exchange ideas and perspectives, work together to create art, and give audiences a tangible connection to the history and traditions of Kosovar and Albanian people.

Learn more about our history together.

This project is being supported by public funds from the New York City Department of Cultural Affairs in partnership with the City Council, Kosova Ministry of Diaspora, SHS Foundation, and the generosity of individual donors. Thank you!

“This rare and rousing play turns Blessed Unrest and Teatri ODA into cultural ambassadors as they honor an often-overlooked region and history. Both Doruntine—and the world to which it belongs—deserve much wider exposure. Still not convinced? You should have seen the standing ovation.”

“This is a well-acted, smoothly written, and excitingly staged work of cultural blending. The opportunity to see it is the kind of thing for which we can be grateful.”

“a captivating play on a timeless, precious tale about love, loyalty and promises”

“hauntingly beautiful bilingual collaboration…extraordinary and fascinating, the movement is exciting, and the message of the power of inner strength and belief is inspiring.”

A free staged reading of our original play The Sworn Virgin, which toured the Balkans in 2012. 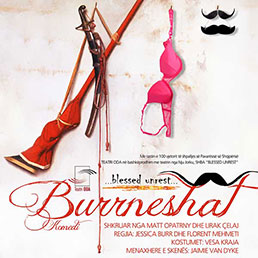