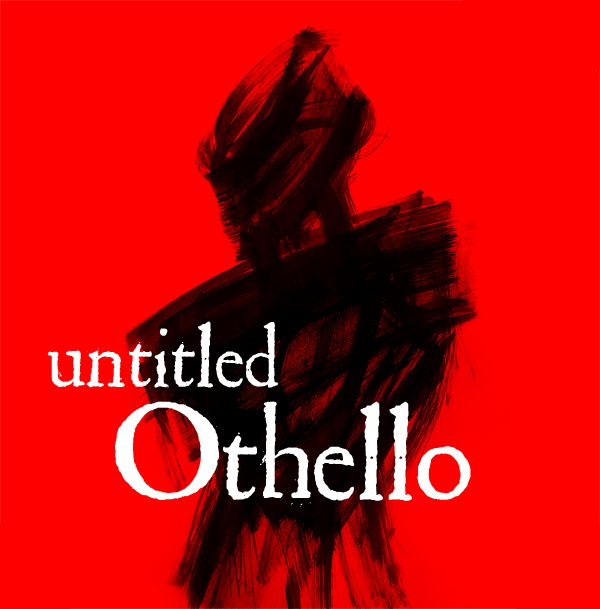 An Exploration in Multiple Parts

Blessed Unrest and Keith Hamilton Cobb in partnership with Midnight Oil Collective embark on a search for the Untold Story of the “Moor of Venice”.

This is NOT a stage play…not yet…

It is an ongoing workshop to discover if there is anything in Shakespeare’s classic toxic play worth putting on a stage.

When we find out…we’ll tell you.

It will seek to provide dimension to the title character of Shakespeare’s play by providing dimension to all of the characters that people the world wherein his story unfolds, thus revealing a plausible black hero’s journey that Shakespeare left us too few and also perhaps too many words to illustrate.

Chasing the Tides, or Exposure 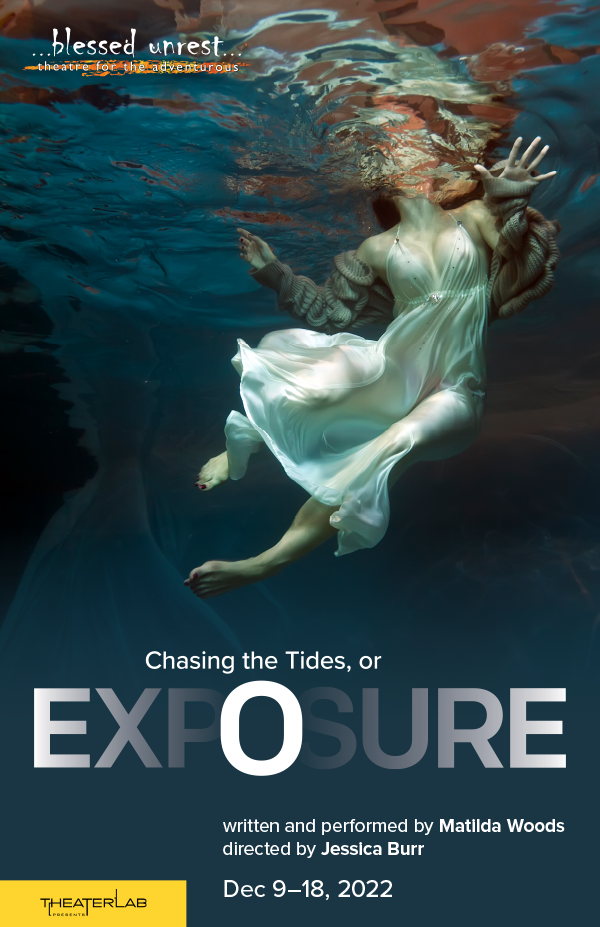 In this tense one-woman show, eerie images mix with an internal monologue as the writer/performer Matilda Woods (writing under a pseudonym) dives into a series of events from her life, swimming in the ever-shifting waters of memory.

A woman, bound by conventions and expectations that befall her gender, navigates the fluctuating tides of exposure and concealment. When the truth is suppressed, it gains power and momentum. Where in a woman’s body does that power live, and when it is finally released, where does it go? What is the sensation? Disquiet? Hysteria? Or something far more sinister?

Chasing the Tides, or Exposure is a Rorschach test of a play, guaranteed to evoke a strong response in everyone who ever struggled with secrets.

“Indecent and improper…lascivious and immoral.”

Presented as part of the 2021 Provincetown Tennessee Williams Theater Festival. 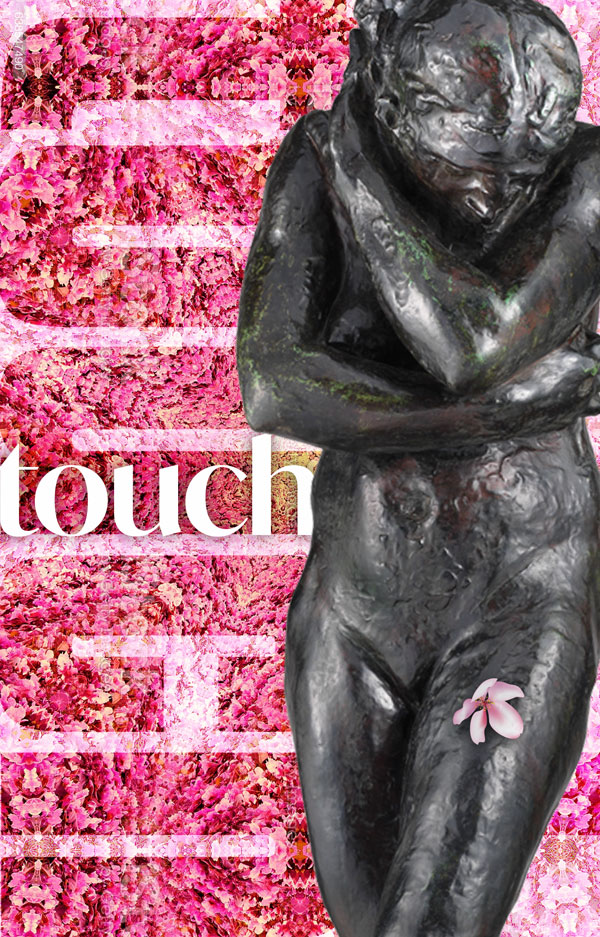 Touch is an offering to NYC, an invitation to partake in the warmth of creative intimacy, with the safety of distance. Wake up your senses with the vicarious delight of following performers through fractured journeys of forbidden touch set against the beautiful canopy of Madison Square Park.

Touch will be performed outdoors as part of the NYC Open Culture Program. 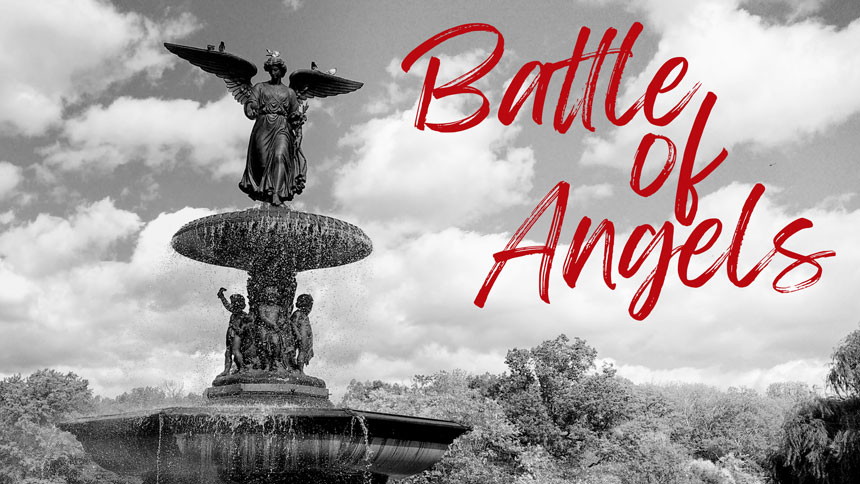 This Friday to Sunday only, join us for a live, in-person, outdoor, and significantly abbreviated presentation of the stunning and controversial play by Tennessee Williams.

Three women fight over a handsome stranger newly arrived in their Mississippi Delta small town. Written by Williams in 1940, Battle of Angels was closed by order of the Boston League of Decency and the Boston Police Commissioner called it “Indecent and improper…. Lascivious and immoral.” Come see for yourself.

Blessed Unrest was honored by the Kennedy Center American College Theater Festival 2019 National Awards Committee with a Commendation for Distinguished Leadership, along with artistic affiliate Rich Brown. Our work with KC/ACTF over the past five years, serving as panelists, respondents, and guest teachers, has been extremely rewarding and we are thrilled to have our contribution recognized with this award.

This new play delves into the ongoing legacy of slavery in the United States, including the role white northeasterners played in its development, financing, and expansion. We are working closely with Keith through a series of developmental workshops this fall. Look for a public presentation in the spring of 2020. 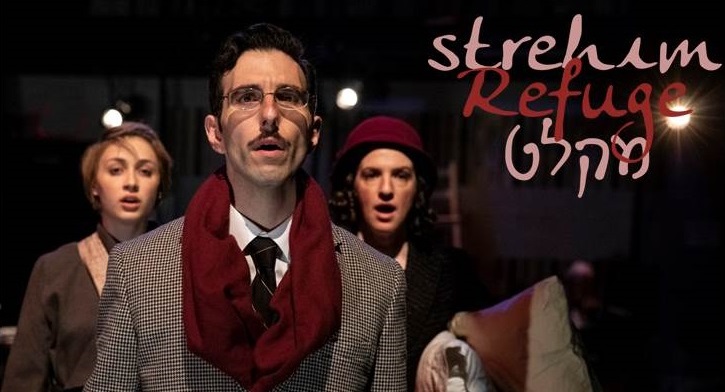 Refuge, our original multilingual play devised with Teatri ODA (Kosovo), presents the incredible true story of thousands of Jewish World War II refugees being harbored by families in Albania, set against our Kosovar collaborators’ own experience as refugees during the 1990s Balkan Wars. Following last spring’s largely sold out run of Refuge at NYC’s Baruch Performing Arts Center, we are planning a New York remount and a tour to other US cities, to Kosovo and the Balkans, and to Western Europe.

We need your support to keep telling this story of compassion, connection, and perseverance. Donate now or contact us.

“At its best, independent theater is inventive, emotional, inspiring and has the ability to transform the atmosphere in a room full of people. In the several years I have been attending shows by Blessed Unrest, they have never ceased to amaze.”

Get to Know Blessed Unrest

“There is a vitality, a life force, a quickening that is translated through you into action, and because there is only one of you in all time, this expression is unique. And if you block it, it will never exist in any other medium, and be lost. The world will not have it. It is not your business to determine how good it is, or how it compares with other expressions. It is your business to keep it yours clearly and directly, to keep the channel open. You do not even have to believe in yourself or your work. You have to keep open and aware directly to the urges that motivate you. Keep the channel open.

“No artist is pleased. There is no satisfaction whatever at any time. There is only a queer, divine dissatisfaction, a blessed unrest that keeps us marching and makes us more alive than the others.”